Taking off the manager hat. For now. 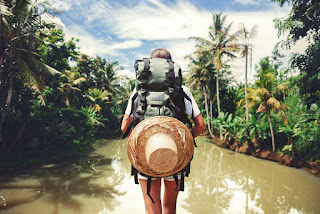 Over the past 7 years, I've been a manager and supervisor in various roles, first at Pixar and then from the ground floor at Oculus Story Studio. When I started down this path, I had an advantage. I approached managing as a challenge altogether different from the challenges I had overcome as a team member. For me, I wanted to know if I even had the skills to be a professional leader, and I knew that focusing on developing these skills meant growing in areas that were new to me.

The classic and natural mistake most new managers make is thinking that this transition is about scaling their influence with the skills they already possess. The fact is that as a leader, I needed to start at the beginning again. I needed to learn how to make sure my team is the strongest version of themselves. That usually means I don't get to do exactly what I want, but what my team needs. Being humble about this restart made me more receptive to the many hard challenges I've faced.

What makes management fun, and challenging, is the diversity of problems I've had to solve and the creativity required to solve them. What makes management hard is that I rarely get into flow for myself. I've had to play the role of the champion defending against forces from outside the walls. I've to be an advisor who can find inventive ways to unblock. I've had to be the parent who dishes out tough love. And I've switched between these roles many times in a day. I've come to find that as a manager, I've often needed to fall on the grenade of context switching so the team finds their flow.

I enjoy managing and have found that it to be incredibly fulfilling. But not wholly satisfying. What I've been missing is that feeling of making something with my hands, pointing at it and saying "I made this thing." Instead, I've pointed at my team and been sustained by pride. Pride goes a long way, and I've been blessed with great teams who filled my cup, but in the end, I realized I got into VR because I wanted to be on the ground floor of building a new medium.

With recent events in my career, I've been given an opportunity to take a step back from managing and start building as a creative engineer.

It hasn't been an easy choice. It's understandable to feel like once you become a manager, you're stuck on that track. After having played the role of champion, advisor, and father, you earn a kind of respect and appreciation that soaks into your identity, and the lack of it makes you feel less than.

But this is also where that initial mindset helps me again. Because I approached managing as an altogether different skillset, I can recognize it as a hat I chose to put on. Now, it's a hat I can choose to take off.

My skills and experience as a manager will still be there for the day that I want to return to it, but for now, I want to roll up my sleeves and make some amazing VR.